Jeremiah is one of the most captivating prophets to emerge from the pages of the Old Testament. He 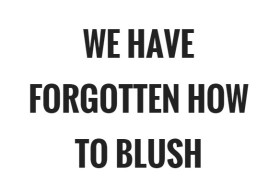 prophesied in the last days of the Southern Kingdom, from about 625 to 585 BC. Known as the Weeping Prophet, he proclaimed through tears the truth of God’s Word and called for repentance of the people even as the nation was going through the death rattles. Jeremiah’s words fell on deaf ears. The people had hardened themselves in sin and totally ignored the prophet’s warnings, even as judgement was traveling toward them faster than a speeding chariot as result of their willful defiance before a holy God.

The times of Jeremiah had sunk into a cesspool of spiritual, moral and political depravity. Religiously the nation had adopted a mixture of Baalism, Babylonian cults, various nature religions, and a touch of the formalism of Judaism. It was clearly religious syncretism, a little of this religion and a little of that religion. Morally the people were corrupt, embracing immorality and sensualism. They had become insensitive to sin. Jeremiah indicts them for their total spiritual degeneracy. The people had forgotten God. Politically the leaders were corrupt, oblivious to the real needs of the people and only took action when it would bring gain to their pocketbooks. It was a time when robbery, murder, lying and selfishness were widespread and characterized the life of the people. On the world front, the Babylonian government was waiting for the right timing to invade and conquer. The spiritual, political, moral and world conditions of our day mirror the conditions in which Jeremiah lived.

The people to whom Jeremiah was preaching had become so bold in their sin and tolerant of evil, they had forgotten how to blush. They had become devoid of all shame in regard to sin, no words the prophet said could melt their rebellious hearts; no amount of reasoning or threatening of judgment could budge them away from embracing their sin. Yes, they had forgotten how to blush.

One may ask, “Exactly what do you mean by the term blush?” Physiologically, blushing occurs when adrenaline causes the capillaries that carry blood to the skin to widen, and one becomes “red faced.” Yet what causes one to blush? Emotionally, blushing is often associated with an emotional reaction over something said or seen. Blushing is often associated with a person’s embarrassment over something usually associated with issues dealing with immodesty or impropriety. As well, blushing is connected with a person of tender conscience who feels guilt when confronted with wrong doing, a person of genuine modesty may blush when bragged on over an accomplishment, and there is the blush of virtuous anger in the face of mistreatment or wrong doing.

In its context, how is Jeremiah using the term blush? The Greek philosopher Diogenes once remarked to a youth whom he saw blushing: “Courage my boy, that is the complexion of virtue.” Jeremiah defines blush as does Diogenes, it is associated with “the complexion of virtue.” When Jeremiah says the people have forgotten how to blush, he is saying they are no longer embarrassed or shamed by sin. The prophet was living in a society that had become desensitized to sin. They could flaunt their sin with no shame, embarrassment, or uncomfortableness. Shamelessness when it comes to sin is the forerunner to destruction, as a society who lives shameless in their actions can find themselves sinning past feeling.

My, oh my, we are living in a society today that is no different from the culture in which Jeremiah preached. We are living a society that has forgotten how to blush as it relates to virtue. These days virtue is a word foreign in our vocabulary as is blush. Shamelessness has pervaded the culture. There is no shame in the vilest behavior. There is no guilt in the most evil act. There is no embarrassment when caught in the most abominable conduct. Individuals can gun down multiple people with no remorse. People can adopt the most perverted sexual lifestyle, and not only don’t sense any shame in their actions but brag about their depraved behavior with arrogant pride. People can endorse killing a baby in the womb and even destroying the child after it is born with no twinge of conscience or regret, and even castigates those who don’t agree with their murderous agenda. Today traditional marriage between a man and a woman is scorned and is being replaced by the most bizarre relationships imaginable. The God given identity between a male and female is not only being blurred, but is being erased and it is being done so as if such an unnatural designation is natural. Today society defends sin, and anyone who dares to speak out against the progressive agenda to embrace the most bizarre abnormal behavior as normal is seen as an intolerant person and a danger to society.

There is no longer a humble reverence for God that pervades the national consciousness or conscience. The Church instead of actively being God’s voice, has been silent too long.  As a result, the godless culture today wants to strip society of all references, mention of or reminders of the God of the Bible and the Christ of the Cross; and they do so with contempt, anger, and a viciousness that defies common reasoning. Men will defiantly shake their fists in the face of the Law Giver of the universe and mock at any mention of reprisal by a holy God. Society today mocks and laughs at sin, but the Bible clearly teaches that “fools make a mock at sin” (Proverbs 14:9).

Yes, we have forgotten how to blush; we have become desensitized to sin. No longer blushing at sin, we glorify it!! Continuing in sin never fails to take away the sense and shame within the sin, and where virtue once was is replaced with contempt for the Divine Law. When one sets their stubborn will like a flint against the Sovereign Lord of the universe and is resolved to continue and persist in that path, one will discover the very stars in the skies and the sun and moon will cry out against them. As those in Jeremiah’s day did, man today in his obstinate sin cries out, “But God loves us He will not permit us to see a Visitation of His Judgment.” The Bible teaches behind God’s love is His holiness which justly reacts in judgment to all which doesn’t comply with His divine holiness. To presume otherwise is to wrongly presume. Paul in Romans stated it clearly, “Do you presume on the riches of his kindness and forbearance and patience, not knowing that God’s kindness is meant to lead you to repentance? But because of your hard and impenitent heart you are storing up wrath for yourself on the day of wrath when God’s righteous judgment will be revealed” (Romans 2:4-5).

Those in the day of Jeremiah ignored the prophet’s words and as result the day came when holiness’ hammer of judgement fell against the nation’s sins. Nebuchadnezzar invaded the Southern Kingdom three times (605, 597, 586 BC), until Jerusalem had been leveled and the people found themselves in captivity. May I say, this nation like the Southern Kingdom is living on borrowed time. Men may scoff and mock, but the clock is ticking. Those who have ears to ear let them hear.

It is past time in repentance before the God of holy-love we return to a people who can blush again. Like Jeremiah and Diogenes, we need a Church that will influence the  culture to once again reflect  a “complexion of virtue.”