The average person has never heard of Friedrich Schleiermacher (1768-1834), the nineteenth century German theologian, yet his ghost still walks the aisles of many churches, teaches in some theological institutions, and influences many preachers’ theological thoughts. Schleiermacher is considered the father of theological liberalism. As shall b 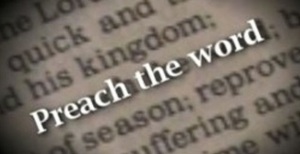 e seen, his influence upon twenty-first century theology is widespread.

Born in 1768 in Breslaw, Germany, Schleiermacher was the son of a Prussian army chaplain. At a young age he was sent to a Moravian boarding school noted for fervent pietism. While the pietism appealed to his religious nature, he began to doubt the Christian tenets of the faith and in time abandoned Christian orthodoxy. At age nineteen (1787) he wrote his parents a distressing letter in which he informed them he no longer believed Jesus was God incarnate and that he had abandoned the belief that “Christ’s death was a vicarious atonement and I cannot believe it to have been necessary” (The Theology of Schleiermacher: A Condensed Presentation of His Chief Work, “The Christian Faith” by George Cross and Friedrich Schleiermacher, University of Chicago Press, 1911,  19). Thus, began his departure from orthodox Christian faith to embark upon a path of theological liberalism. He sought to fashion in new language and develop new ideas to replace what he considered were no longer relevant concepts to the current culture…and in the process save Christianity from irrelevance.

In his effort to refashion the Christian faith to appeal to the current culture he diluted its truths. Schleiermacher rejected that the whole of the Bible was inspired and viewed the Bible as a book that “must be treated like all other books.” He pressed to eliminate from the Bible all that referred to the “mystical and supernatural elements,” which included the virgin birth, the miracles of Christ, and even the resurrection. (Dawn DeVries, Jesus Christ in the Preaching of Calvin and Schleiermacher (Louisville, KY: Westminster John Knox Press, 1996), 99). Since objective truth as asserted to be in the Bible was unobtainable, redemption comes about as the result of a subjective experience apart from any historical event of the past – like the cross or the resurrection.

Schleiermacher elevated one’s subjective experience as authoritative over the objective facts and truths presented in the Bible. For him “religion” was essentially “feeling,” which he defined as “immediate self-consciousness…in and through the Infinite” (Schleiermacher, On Religion: Speeches to Its Cultured Despisers, tr. John Oman, (NY; Scribner, 1958), 49-50). One’s subjective experience (feeling) was authoritative over biblical authority. As well, he taught that sin is the experience of our innate God-consciousness being hindered by the conflict between our fleshy, sensuous nature and our higher spiritual nature. Redemption comes through Jesus Christ by means of His self-communication to awaken man to his unique God-consciousness; redemption being not about the forgiveness of sins, but about a transformation of character (R. Niebuhr, Schleiermacher on Christ and Religion (New York: Scribner, 1964), 208). Schleiermacher believed that Christ set the example by living his entire life in a state of absolute dependence on God; therefore, it is not Christ’s vicarious death and resurrection that saves us, but it is by striving to emulate Christ’s life as the ideal experience of divine dependence. The Church is to be a community where a person’s God-consciousness emerges, bringing about a new relationship in one’s relation to God and to the world.

Let it suffice to say, Schleiermacher’s attempt to reconstruct the Christian faith to make it more palatable to the culture of his day resulted in dramatically altering the doctrine of God, authority of the Bible, sin, the deity of Christ, Christ’s atoning death, the resurrection, and the way of redemption. While the life of Christ was held up as an ideal for humanity to reach, one is to reject the “magical” conception of redemption through the mediation of Christ. Though Schleiermacher had a keen intellect, he could not embrace what by reason he could not rationally explain. Thus, he rejected biblical Christianity even as he attempted to try to repackage it for the culture of the day.

While Schleiermacher’s name may have faded into history and even unknown in the twenty-first century, his ghost still pervades the theological landscape. Today we see Protestant preachers and denominations who seek to repackage the truths of the Bible in language that softens its authoritativeness in order to make it more relevant and acceptable to the culture. One is encouraged to no longer use terms like, “The Bible says, the Bible teaches, the Word of God says, the Word of God teaches.” After all, what is important is one’s experience with God, which is more important than one’s assent to some objective biblical tenets. Once one begins traveling down that slippery slope in the name of relevance and appeasement, one gradually elevates subjective experience as authoritative over the objective truth of God’s Word. And once one embraces elevating subjectivity as authoritative over the objective truth of God’s Word, it will not be long before the Bible is tossed aside and one’s subjective experience will be deemed as authoritative regardless of what God’s Word says. Yet how can one, though, determine the legitimacy of one’s subjective experience if there is no authoritative objective truth whereby the experience is measured?

If one’s subjective experience is authoritative and primary and the Bible secondary in its authority, then there will come the redefining of what constitutes sin. After all, if one’s personal experience trumps the authority of the Bible then one can determine for themselves what is right and wrong. For what constitutes sin is not determined by objective biblical tenets which teach man is a sinner by nature and choice and is alienated and separated from his Creator, but sin is redefined as simply the experience of our innate God-consciousness being hindered by the conflict between our fleshy, sensuous nature and our higher spiritual nature. And since one’s subjective experience is authoritative, then one is the determiner of what is of a sensuous nature. Such reasoning is how one can claim to be a Christian yet adopt a lifestyle that is not only diametrically opposed to the Word of God but pervertedly abnormal to even normative behavior. After all, one is only a “sinner” in the sense one has not had emerge from within their God-consciousness. And the Church is to be community where one can be aided to discover their inner God-consciousness and their needed dependence on God.

Of course, if the Bible is not the Church’s primary authoritative source, then that opens the door to one’s subjective God-experience not anchored in any historical event such as the cross or the resurrection, but only in any experience which brings about God-consciousness in one’s life. If that is the case the virgin birth is not necessary, the cross is not necessary, and the resurrection while important, is not more important than one’s personal experience. The question is asked again, how can one determine the legitimacy of one’s subjective experience if there is no authoritative objective truth whereby the experience is measured?

Yes, to the astute listener there are many “preachers” and denominations today that are channeling the spirit of Schleiermacher in their presentation of the “gospel.” It is a “gospel” that is man-centered not Christocentric. One must be very leery when one hears a preacher or a denomination use flowery words that seek to repackage the Word of God in language that weakens or softens the Bible’s inspiration and authority to make it more appealing to the culture. True, we are living in a changing culture, but we don’t reach the changing world by changing the Word, but by unapologetically proclaiming the unchanging Word. It is proclaiming the objective truths found within the Life-Giving Word of God that are able to breathe life into one who is dead and trespasses and sins.

Paul encouraged Timothy to preach the Word in season and out of season, when it was convenient and when it was inconvenient, when it was acceptable and unacceptable, when it appealed to man and when it didn’t appeal to man. The Inspired Volume holds within it pages the answers to the woes of man – and it is found in the atoning cross of Christ who died for the sins of all humanity. Salvation is not found in a subjective experience that is anchored outside the objective truths of the Word of God which informs that man is in need of a Savior and that Savior is Jesus Christ whose death on the cross was vicarious and His resurrection verifiable. Again, that message doesn’t need to be repackaged or refashioned….it simply needs to be  retold!