Where has the year gone? I can’t believe it is December already. We are now embarking upon the Christmas season. As the song says, “It is the most wonderful time of the year.” It is that time of the year that sharing, giving, good will and love seem to abound. But let us not forget among our many activities the reason for Christmas – the celebration of the birth of the Christ Child. There can be no Christmas without Christ. 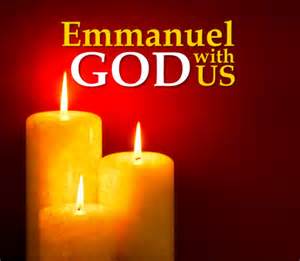 The wonder of Bethlehem is that our eternal God took upon Himself our flesh. It is beyond comprehension to think that our God would ever do such a thing. Yet He did. Being born into time we see our eternal God becoming the eternal NOW in Jesus; the One who is ever with us.

How is it possible that God could become a man? Why would He become a man? Paul ponderingly wrote, “And without controversy great is the mystery of godliness, God was manifest in the flesh… (I Tim. 3:16). A.W. Pink has written, “As to how Christ can be the Revealer of God, and yet God Himself revealed; as to how He can be ‘with God,’ and yet be God are high mysteries that our finite minds are not capable of fathoming and understanding.”

First, God became a man in order to REVEAL. In the person of Jesus God came to show us what He was like. Phillip on one occasion asked Jesus if he could see God. Jesus responded to Him by saying, “He that has seen me has seen the Father” (John 14:8-9). In Christ we find a God who loves, is touched with our hurts, who forgives, who judges sin, which walks by our side, who hasn’t given up on us, and who awaits for us to come to Him. If you want to know what God is like look at Jesus.

Second, God became a man in order to be our REMEDY. In Mark 10:45 Jesus tells us He came to give His life a ransom for us. A ransom is given in exchange for someone or something else. In some Greek literature the Greek word translated ransom was used to refer to an antidote or a remedy. Christ came to be the antidote for our sin problem. We can in no way ever meet the perfect, pure holy standards of God. God is holy and holiness demands holiness in return which we are unable to comply. Holiness opposes sin and must judge it, therefore since we can’t comply with the demands of holiness the just reward for sin is separation from God. In Christ our God assumed our obligation. He lived the holy life we could never live and then took upon Himself on the cross the just judgment that must fall upon sin. He is the remedy, the antidote for our sin problem. That which we could not do He did for us, and the judgment upon sin which we deserved He took for us. What amazing grace that He would be our remedy; be our ransom.

Third, God became a man in order to RECONCILE. In 2 Corinthians 5:19 Paul tells us, “God was in Christ reconciling the world unto Himself.” The word “reconcile” comes from the realm of friendship. God was in Christ making it possible, by His life and actions on the cross, for man to enter into a restored relationship with the God of the universe. Again, our sin separates us from being able to enter into a relationship with a holy a God. Jesus came that He might take the hand of God and the hand of man and restores the relationship that sin had severed. Shortly before going to the cross Jesus told His disciples, “Greater love has no man than this, that a man lay down his life for his friends” (John 15:13). Because He who spoke all things into existence became a man and laid down His life for us, it is possible for man to enter into a relationship of friendship with Him. Wow!

Fourth, God became a man in order to REDEEM. Over and over again the Bible says in Christ we have been redeemed; “we have been bought with a price” (I Cor. 6:20). The word “redeem” comes from the realm of slavery; it means to see free. Christ came to preach deliverance to the captives and set at liberty them that are bruised (Luke 4:18). He came to free us from the guilt of sin, from sin’s destructiveness, from hopelessness, and from meaninglessness. Christ in the giving us His life on Calvary has paid the price to redeem us, to set us free.

Fifth, God became a man in order to REBUILD. The Carpenter of Galilee is still in the rebuilding business. Life has a way of tearing us down; sin has a way of destroying; but Christ can rebuild in our lives that which life and sin has sought to destroy. He can rebuild our dreams, our hopes, give new meaning, give new purpose, and give new direction. He is able to take the beggar from the dust and set him among princes. Christ can restore in our lives that which the locusts has destroyed. No matter how we have been damaged, the Mater Carpenter can repair, restore and rebuild in our lives.

God became a man! When one ponders why God became a Man one can’t help but to exclaim with Paul, “Thanks be unto God for His unspeakable, indescribable, wonderful, inexpressible gift” (2 Cor. 9:15). In the Words of Isaac Watts,who penned the immortal Christmas carol Joy to the World, let us lift our voices in joyful thanksgiving and song: