We are in a culture war. We have been for some time. Coming under assault are the very values of our Founding Fathers, our religious freedoms, and freedom of speech. The culture war grinds slowly onward, yet is making inroads a little at a time. There are times when the progressivism of the left is so slow little attention is paid to the progress or it is dismissed as nonsense and a chuckle for what is perceived as foolishness.  Sometimes the “doings” of the radical left are so ludicrous that we laugh and fail to look at their ultimate agenda in what many would call absurd actions. If it wasn’t so sad we would laugh at the left’s agenda in their counter culture attack on Dr. Seuss, Mr. Potato Head, Peter Pan, Dumbo,   Pepe Le Pew,  Swiss Family Robinson, etc., labeling such as being offensive and negative stereotypes which create division and disharmony in society and needs to be censored.  What one needs to not overlook is the left’s agenda, while seeming to border on the absurd, is carefully calculating and planned as they incrementally begin to censor anything and everything they consider divisive to their agenda. 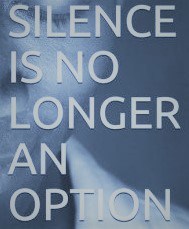 The tactics of the radical left is called incrementalism, the slow and steady compromise of turning of a society and culture toward some evil goal. As an example, incrementalism has slowly conditioned society to the acceptance of culturally destructive open abnormal moral behavioral lifestyles.  As well, incrementalism has given us from  the progressiveness of abortion in the mother’s womb,  to now, not only accepted as a culture norm, but in many states the taking of the life of a baby upon delivery. And when the left makes inroads through compromise, they use their momentum to springboard themselves to further their agenda to more conquests. Incrementalism thrives on a system of compromise.

Well, we now see it happening in regard to censorship. By censoring a little of this and a little of that, the left is conditioning people to tolerate a little at a time their censorship. The ultimate goal is to eventually silence the Christian message, which it is no secret they consider to be divisive and a harbinger of “hate speech.”  The left opposes the Church’s teaching that moral truth does exist and there is a moral standard of right and wrong given by a Divine Law Giver. It may be Mr. Potato Head today, but the goal is far more reaching….the goal is to silence the Church and the Christian message.  Today there is a growing trend of government intrusion into the affairs of the Church, posing a serious threat to church autonomy and our most basic religious freedoms. Pastors are being censored, the proclamation of Biblical truth is being blocked, and churches are being discriminated against and threatened with punishment. Christians must speak out boldly, yet lovingly,  while we can, for the left’s goal is to silence the voice of the Church.  Silence in no longer an option. There is nothing virtuous about being silent in the face of the agenda of those bent on transforming culture into a godless society.

When Germany was in the slowly tightening grip of Nazism, Dietrich Bonhoeffer insightfully wrote to Erwin Sutz on September 11, 1934, of the Church adopting silence in the face of evil,  “We must finally stop appealing to theology to justify our reserved silence about what the state is doing — for that is nothing but fear. ‘Open your mouth for the one who is voiceless’ — for who in the church today still remembers that that is the least of the Bible’s demands in times such as these?” If Christians do not take a stand in the light of Scriptural principles, we will inevitably interpret the Scriptures in light of national policies which have become anti-scriptural. That’s exactly what Bonhoeffer saw happen in Germany, with tragic results. May God grant us courageous voices to speak up so as to not let history repeat itself.

One thought on “SILENCE IS NO LONGER AN OPTION”